I’ve never seen a race staged between a tortoise and a turtle, but predicting the winner would be a hairy guess.  Turtles, sleek & streamlined, are graceful swimmers, but on land they’re fumbling as any fish, penguin, or walrus out of water.  Stuck midway into an overland crossing, turtles might as well be tortoises – durable as a slow-paced distance runner, yes, but plodding all the same compared to the speed racers.

Snapping turtles are destination oriented, purpose oriented, and you can give them credit for their determination to reach a soft bank in which to deposit their eggs.  Still, they’re oblivious to the dangers of traffic (and how could it be otherwise, since these turtles, mature at four to seven years, are only about twenty generations into the advent of motor vehicles).  The haphazard squish, the accidental flattening, are detrimental to the population, but the survivors of each migration would count among themselves the nocturnal (less traffic), the quick (less time playing chicken across the road), and the merely fortunate.  In another few thousand generations, long past our turn at plodding on this earth, snappers may become primarily nocturnal and/or more fleet on four feet.  Or luckier.  Luck seems a Lamarkian inheritance, specious at best, or the result of intentional nurturing rather than nature, that blood red palimpsest clawed through by every generation of every living thing as they seek their own survival and their progeny’s.  Fortune favors the prepared and any added knack for survival passed along genetically favors the survivor’s offspring, potentially multiplying when two of the next generation find each other darling and, shall we say, combine their talents, laying on a soft bank or in sweet waters.  Maybe luck is heritable.  I hope so, because you’ll note I said ‘or luckier’ not ‘and luckier.’  It might be the supremely otherwise unfit – the diurnal dawdlers – which are the only turtles being rescued on roads, at least by our family. 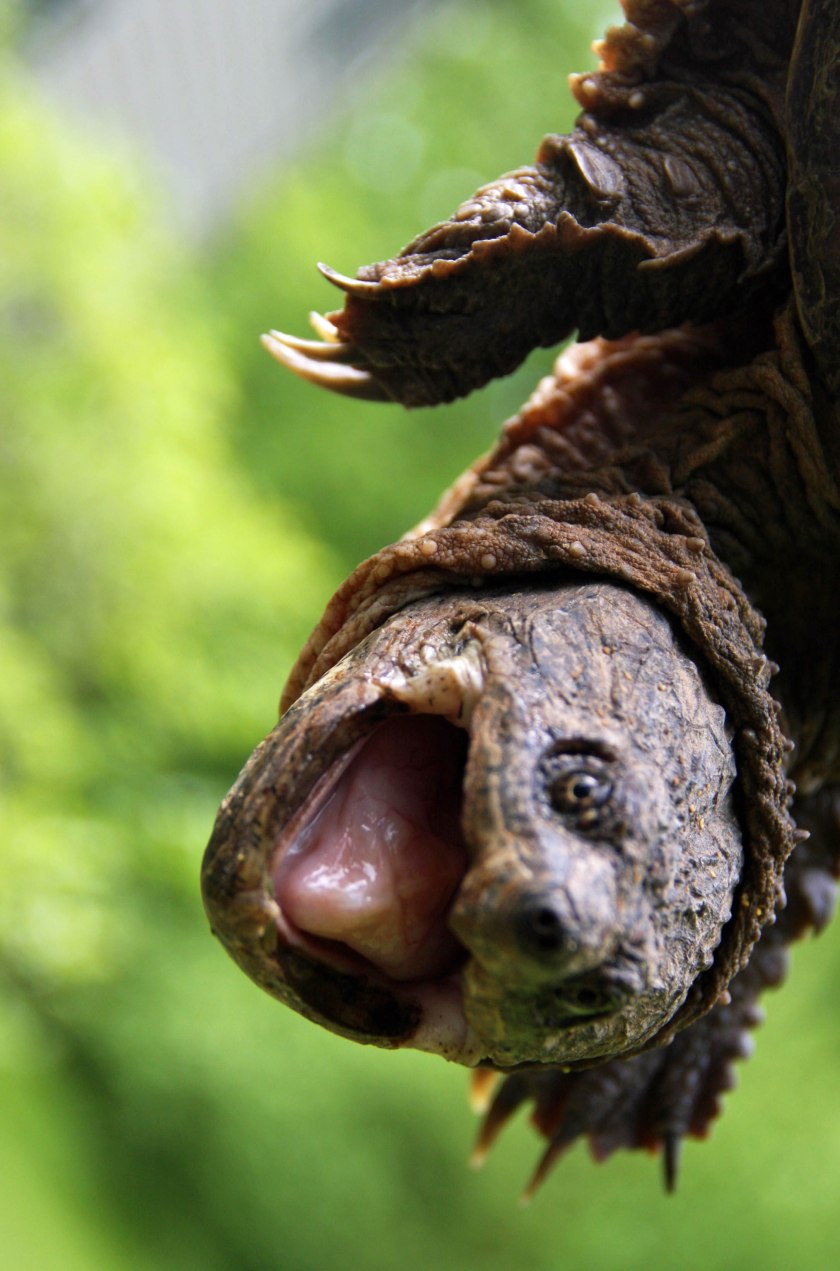 Read more on the Oh, Snap! page tucked under the Critters section of the site.