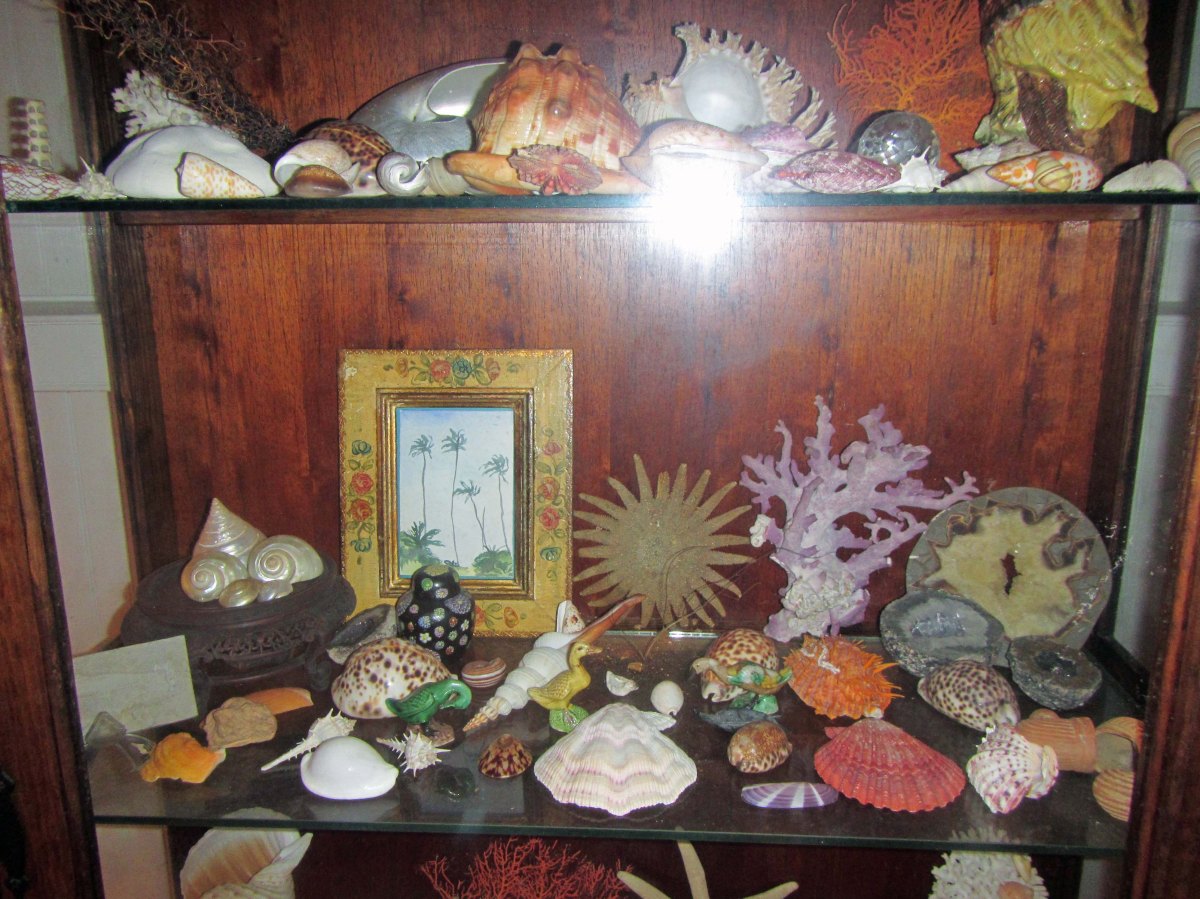 Curious minds grow curiouser and curiouser when they fill their cabinets, actual and memoric, with stuff they’ve collected.  Artifacts, alongside photos, drawings, and notes, help the curio user to recollect previous adventures.  Cabinets of curiosity are the ultimate memory rattling device.  Cabinets aren’t pawky mnemonics like Some Lovers Try Positions That They Can’t Handle (which may or may not help you rattle off dem bones, dem bones, dem carpal bones: scaphoid, lunate, triquetrum, pisiform, trapezium, trapezoid, capitate, hamate).  Rather, cabinets keep a treasure horde of little objects, beautiful and bizarre, safe, so that that they may be revisited both as palpable, tactile triggers and visual triggers, just as vialled scents can unleash remembrances of things past in the olfactorily inclined.  These objects become the faceted gems of memory, each reflected and reflecting.  Indra’s Net.  And, perhaps, Blake’s Auguries of Innocence:

Talk about a Wonderland.  Those lines were Blake’s before Sting borrowed them for his song Send Your Love on his Sacred Love album.  [Great album, by the way.  Bandit, the cursing conure, used to dance his heart out to this song!]

The potsherd I brought back from Nevis is one such suspended gem, a multivalent fragment.  S touched it with her toe, “there’s another one.”  It was nothing more than a small, white fleck exposed, catching the sun where it crept out of the the dry mud of the old road like some bleached bone gonna rise again.  I bent down and scratched at it with my finger until I could get a purchase on a corner and pry it loose.  One man’s trash, centuries ago.  My treasure, now.  I rubbed the little chunk of pottery between my fingers to shake off the dirt that had been clinging to its glazed surfaces.  Once clean, I turned it over to see if the other side had anything interesting to show the world.  “Sho nuff,” as Aunt Bea would have said.  The flip side of each white pottery piece was always pregnant with possibility, and this one wasn’t barren.  It bore the crazed image of a whelk.

If you don’t seek, how can you find?  At some level it doesn’t even matter what you find, because every artifact, everything snapped with a camera, drawn with a pencil, written of with a fountain pen, will open windows in your memory and imagination.  Associative memory forms our experience of Indra’s Net.  We see, we recall, we connect, and then we may imagine.  The spiral of the whelk is like a passage down the rabbit hole, mesmerizing and enchanting.  Staring at it immediately brought to mind a stormy day spent collecting shells, mostly whelks, on the Jersey Shore.  The mad waves had deposited more than the usual load of shells on the beach.  Here’s one that we scooped up, just coming into focus: 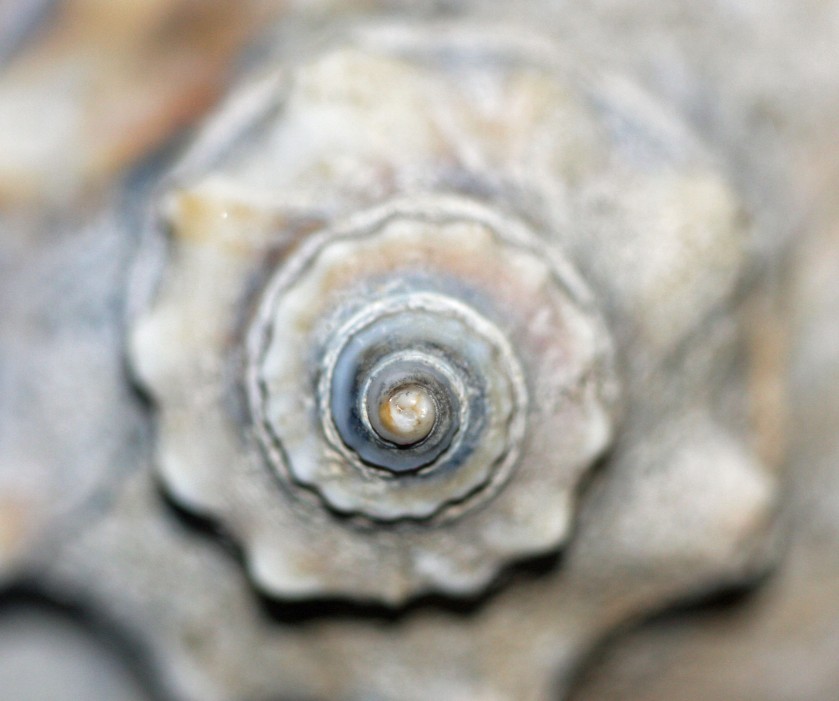 And here’s a second view of the same shell: 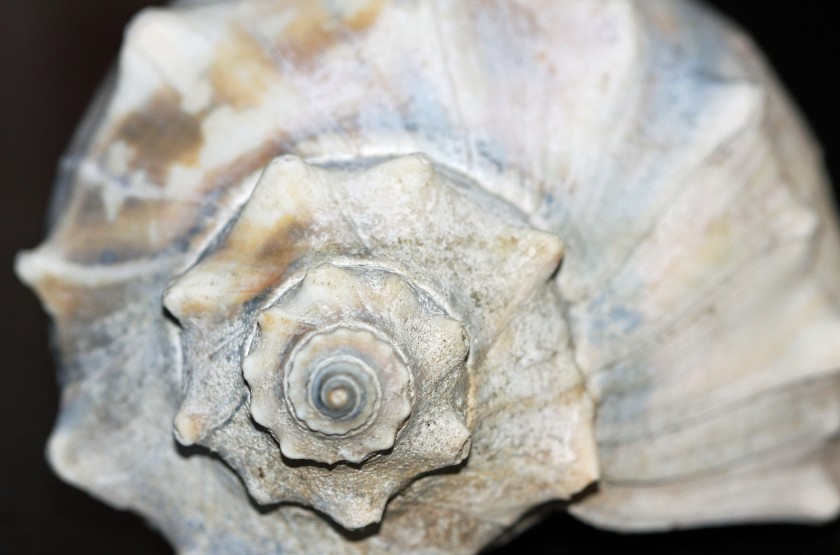 It echoes, playing back the purple outline on the potsherd.  As I was caught in the resonance of this whelk reverie, I remembered that I had a picture of a live whelk, a crazed whelk image.  This startled gastropod was briefly yanked from his bed of turtle grass along a secluded reach of Grand Cayman’s iron shore, snapped for posterity, and returned, bewildered but unharmed.

As I was writing another page on Goat Waters about learning to swim, I inevitably stumbled across my father.  He’s the masked man over on that page.  Thinking of him reminded me that his curio cabinet must have been the first I ever saw.  Whenever my folks needed peace, they deposited me, and sometimes a noisy sibling or two, with Dad’s parents.  I was assigned to a bedroom that Dad must have shared with one of his older brothers – it had two twin beds.  On the wall opposite the beds and nightstands, there was a pair of built-in, glass fronted shelves, one of which was stuffed to the gills with oddities old Dad had gathered from his world.  That cabinet was locked, so all I could do was peer through the glass at the objects of my fascination.  There was much to see, but two items always caught my eye.  There was, in the shelf supporting his rock & mineral collection, a massive crystal of iron pyrite – Fool’s Gold.

And on his shelf of animal parts – bones and skulls and feathers – there was one whole critter, an exquisitely preserved puffer fish who died in all his expansive glory, then dried out like a gourd – hollow & light.

How I yearned for that fish.  I wanted to posses it, and the Fool’s Gold, and all the rest.  Now I do.  Strange inheritance.  Isn’t it curious how we so often get what we want, or at least some of the oddities that we desire? 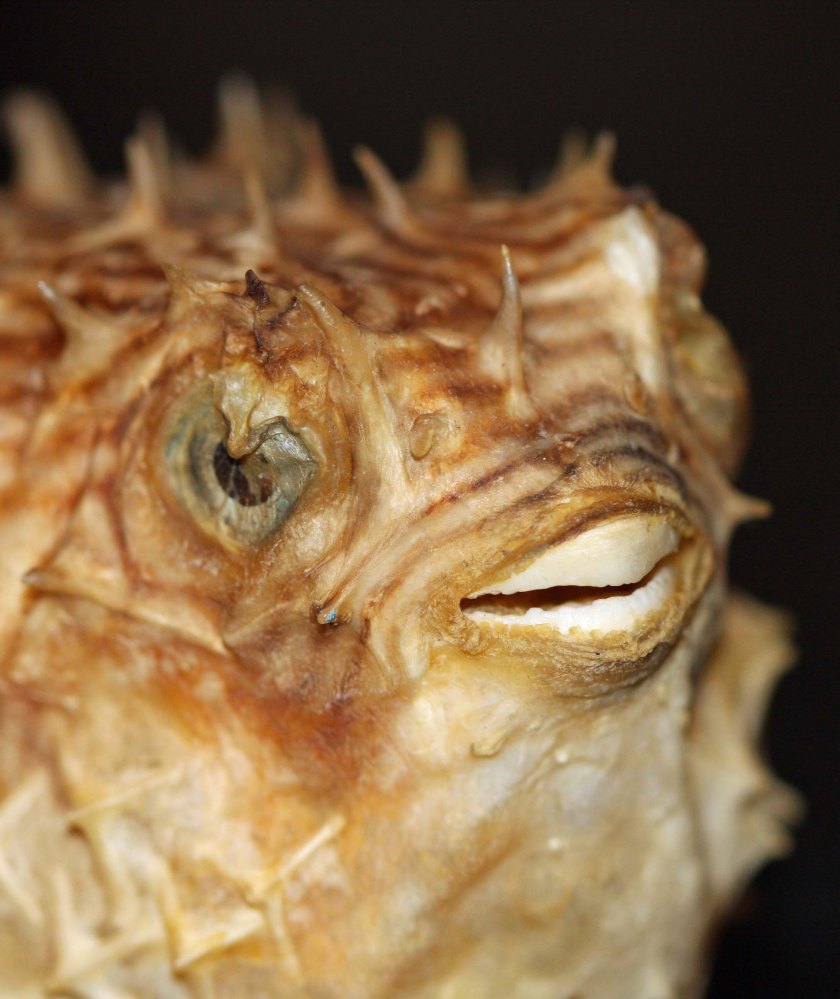 Eventually I want to use this space to argue for taking, and keeping, memories.  For passing memories and artifacts down through time.  For teaching curatorship to children.  Lots, lots, more to say….

Attribution:  The Cabinet of Curiosity that is the lead image for this page isn’t our cabinet.  It’s Kay’s, and stands in the bedroom at her Seahorse Cottage.  Curiously, the bulk of the shells in this cabinet were collected on Sanibel Island when she & her husband lived there.  This is a curious coincidence, at least for us, because most of the shells in our collection were also collected on Sanibel, decades and decades earlier by my great grandparents, who lived there before the bridge went in.

My great grandfather built, or had built, the home on Sanibel after returning from several years in the trenches of WW1.  He and his wife were on the island for years, but left before the bridge was put in.  I’ve heard the house is now a gift shop. 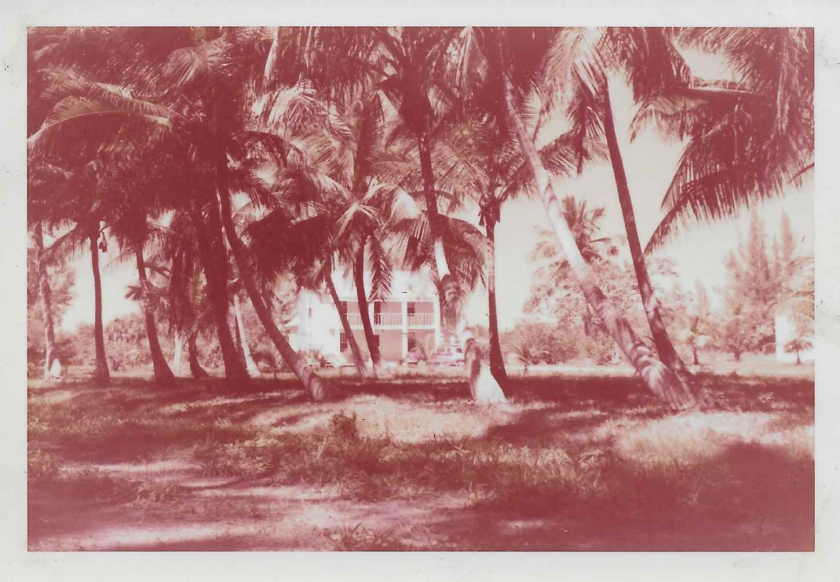