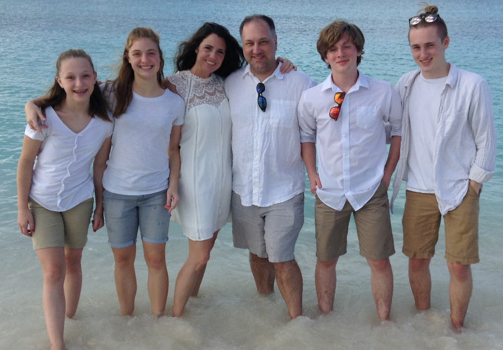 That snap above may be the last group shot for us, at least for a long while.  It was taken in 2017 down on one of the beaches in Turks & Caicos.  At that point both boys had graduated from High School, but were still around the house.  Drake was working for me and preparing to head off to NOLS.  Angus was working and taking classes at a local community college.  Now the boys are off pursuing their lives, so we see them only intermittently.  In fact, for this year’s Christmas card pic, shot in South Carolina with Nanna’s Christmas Chicken, Angus had to electronically glue Drake’s head to a small, metal dog that The Mackenzie was holding (expressly for this purpose).  Drake had sent us a head shot from his outpost in the Virgins, St. Thomas campus of the University of the Virgin Islands, though he had no idea why we requested it until it was far too late and the cards were printed.  If nothing else, since becoming a rocker Drake has more hair than the average poodle.  His girlfriend loves the hair, though she admits that waitstaff at restaurants often open their tableside banter with, “what can I get you ladies?” 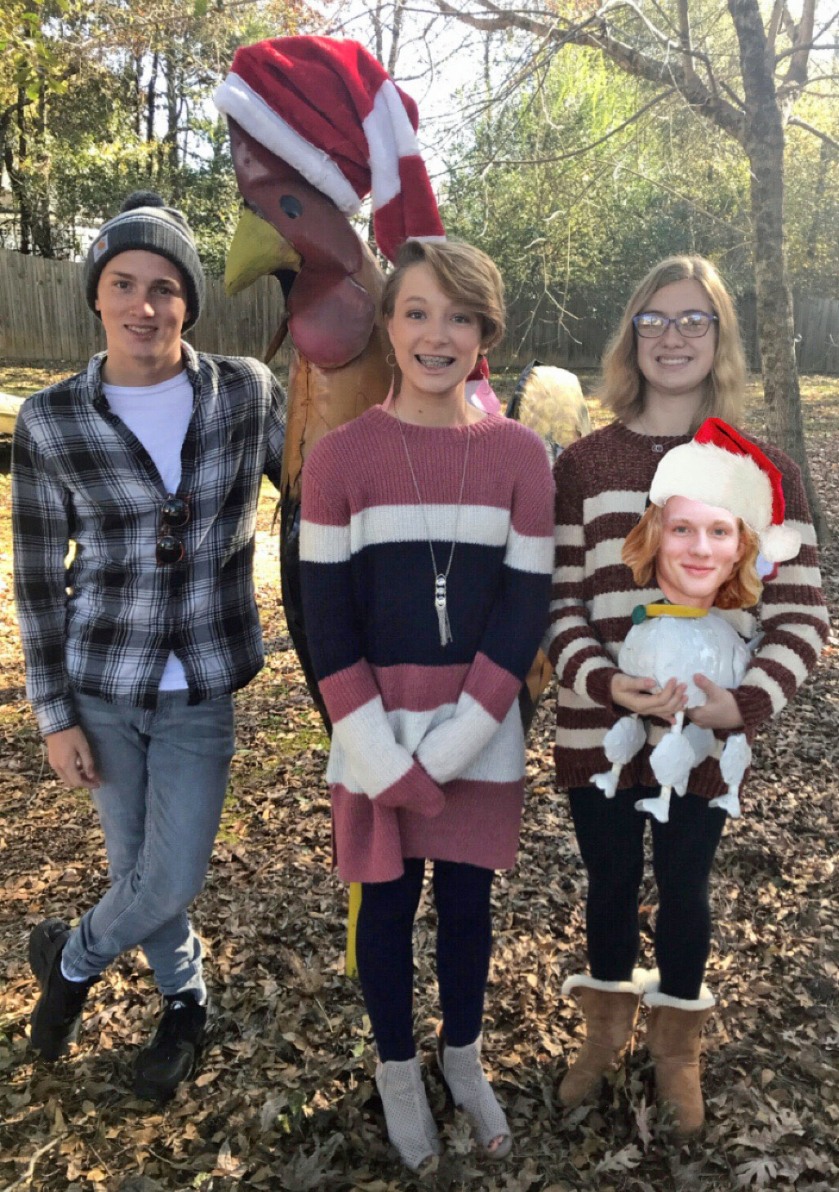 You can meet S and the kids on their respective pages:

Russ – No, I don’t have a page.  Enough of my personality will leak through as I type everything up.